Freddy grabbed a berry from Harry’s plate and chewed it. It wasn’t hard to imagine the explosion of juice in his mouth was Peggy’s blood. Seeing Harry’s pigeon girlfriend now, Freddy could bear the guilt of burdening his friend.

The blood tribes were clearly the losing side in this peace treaty. Fletcher Fox was right. While they fatten, we die like flies. The charter must be revised.

“The snakes are back,” Harry slurred drunkenly.

Driving out Amanda Mamba and her serpents cost Freddy’s kin their lives. Now they were hungry and less than half of the original skulk. Nobody would agree to this and he wouldn’t blame them. Freddy wouldn’t either. Still, he wanted to get the full story before he played arbitrator.

That’s why they let him come to the den. Freddy was the smoke before the fire. If his mission failed, there would be war.

“She got wind of the haven,” Harry added with a hiccup.

“You expect me to believe that the haven actually exists?” Fred asked eyeing Harry curiously.

“It does,” Peggy answered, “And if Amanda finds a way into my city, it will be genocide.”

If you allow a starved skulk into the city, it will be no different.

“Don’t you have defenses?” Freddy prodded.

“We are a people of peace. We do not fight unless we have to.” Peggy went on.

“Nobody fights unless they have to.” Freddy chided leaning back into his chair. “Were it left to us, I believe nobody would fight at all.”

“Do you? Do you really know?” Freddy sat back up. “When my people faced the mambas we barely made it out alive. You’re asking me to lead the last of my kin to another fight with far fewer numbers, and for what?”

“I understand. It is asking too much, but we have berries.” Peggy insisted.

“The skulk will need more than berries to convince them to march to their death.” Freddy added slouching.

Amanda had killed Harry’s wife and litter. Their grief was shared.

Freddy wanted to refuse him. Every ounce of loyalty told him to. Yet his lips betrayed him. “Where is the haven?”

Harry withdrew his hand. “She cannot show it to you unless you promise their protection. This is Peggy’s kingdom. Her people spanning generations call the haven home.”

Freddy pondered Harry’s words. Forget fat juicy Peggy Periwinkle. Harry was handing him a ticket to the treasure trove; the paradise of all bloodthirsty creatures.

There would be eggs and nest upon nest of fat, juicy birds as far as the eye could see, if myth was true. A city of pigeons without predators and so accustomed to peace that they had forgotten how to fly.

All they did was eat and grow fat. They were safe because the way was hidden to all blood tribes. Peggy, however, knew the way. The thought made Freddy’s mouth water.

He didn’t need any more convincing. The haven trumped a measly amendment of the charter. Finally, they could all hunt after so long. Finally, he could think straight.

Kill the snakes and then you can feed, Freddy thought analyzing his deck of cards; a full house. He managed a wry smile.

“Consider it done old friend.” Freddy said swallowing the berry he’d been chewing. Then he reveled in the bloody conquest to come.

Hey love. So this was my first attempt at Sudden Fiction.

I started out really big with a word count of almost 1700 words. Bringing it down to just over 600 was no easy task… hahaha. But I did it. I am very proud of myself. I know I could have done better but I’ll take my small wins where I get them.

Are you as bad at word counts when it comes to creative writing as me? 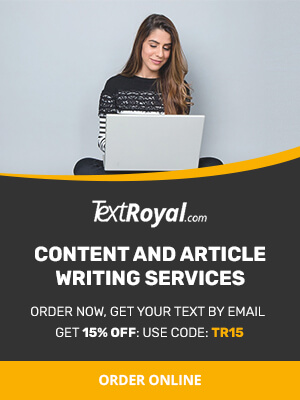